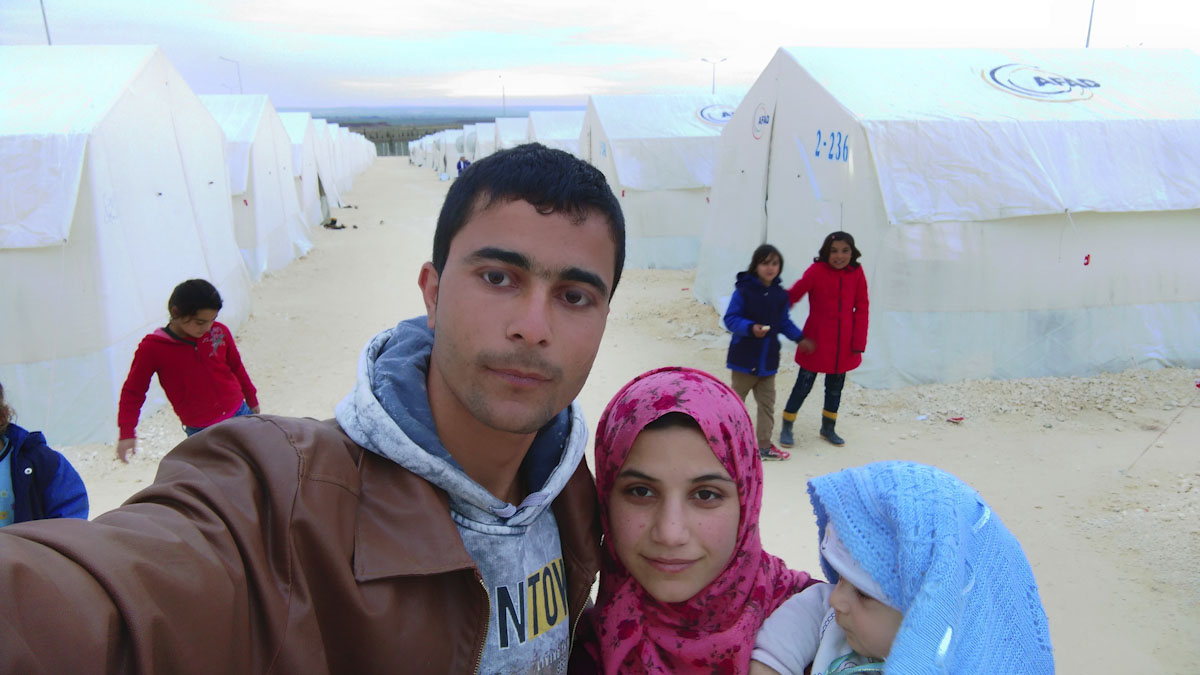 When they heard the explosions intensify and the ISIS tanks entering the town, they understood it was time to leave. They escaped at night, without taking anything from their home. Shirin was 9 months pregnant. The explosions were the only source of light for them to see the way to the border. But the Turkish would not let them go through. They spent 2 days and 2 nights there, in the open. Some explosions fell close, wounding and killing other refugees, then eventually, the Turkish opened the border.
Now that Kobane is free and it will be rebuilt again, he says only Inshallah.