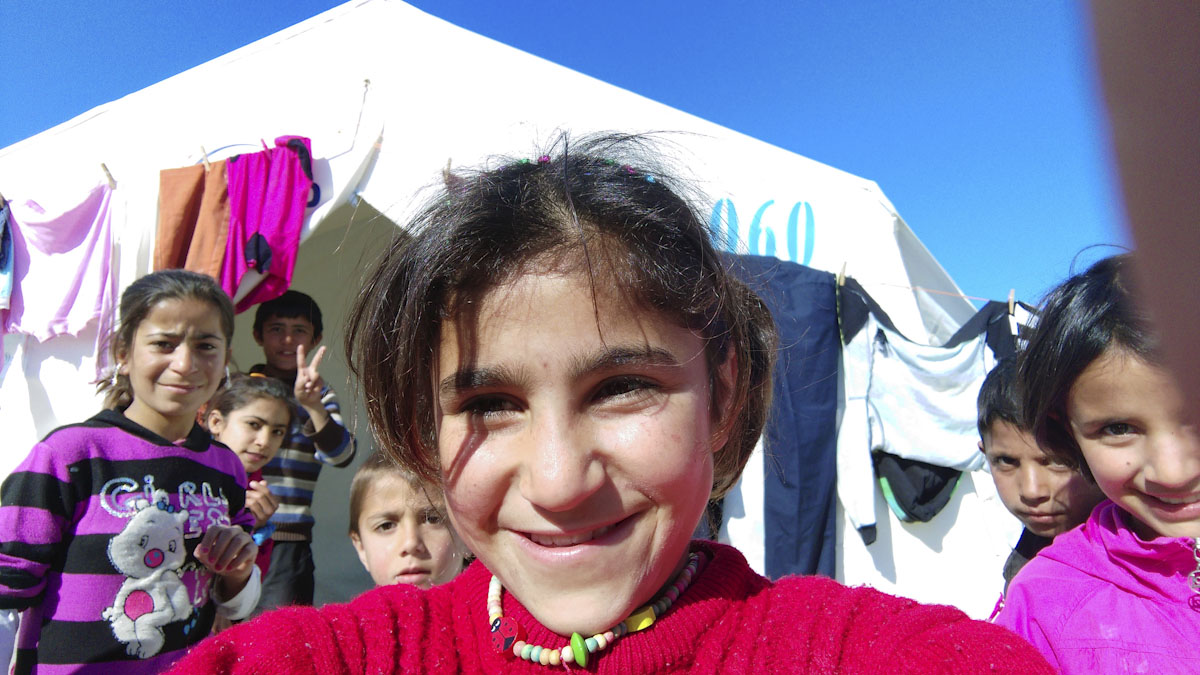 As many of the children who witness war, she has nightmares about it. She can’t forget seeing the ISIS arriving into town, all dressed in black, covered faces, only their eyes visible. They killed her neighbours, and also her sister was wounded to one of her arms.
In the simple but clear view of a child, she says she can’t understand the fury of the ISIS, how they can declare themselves muslims and kill other muslims. Kurds are also muslims, she says, there were 13 mosques in Kobane. Something must be wrong here.