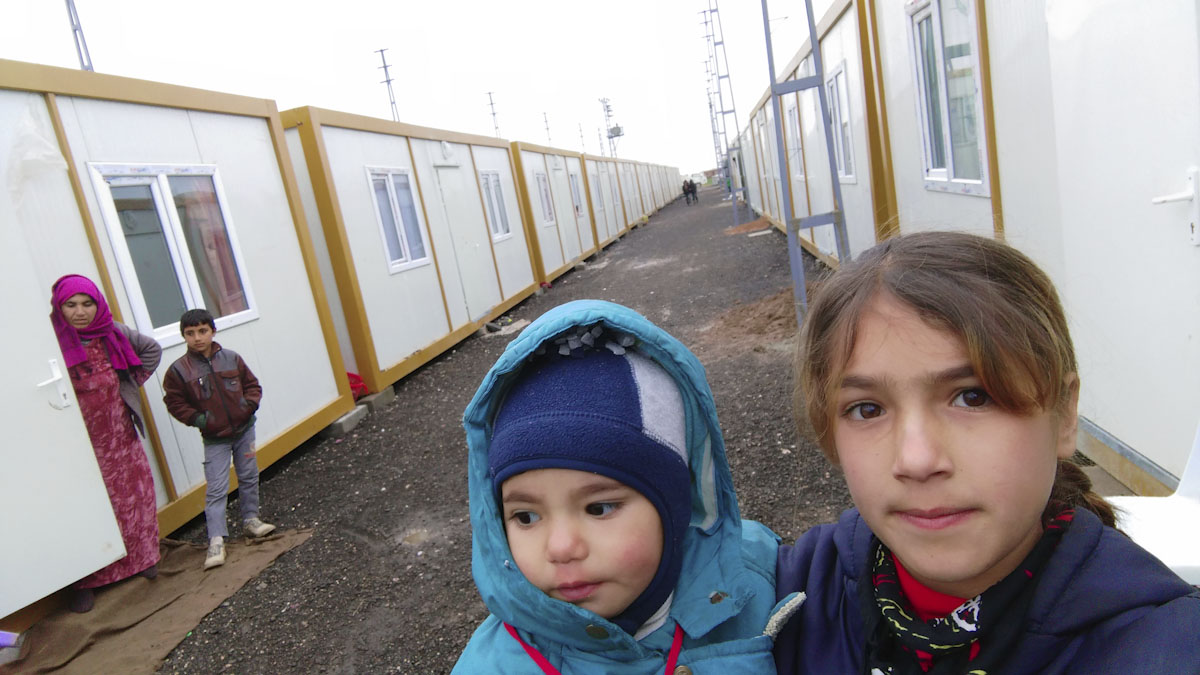 Semira Ahmed, 12 years old and her little sister Elin, 1 year, from Kobane, refugees in Suruc with her mother and six sisters

Her father was killed in Aleppo by the Free Syrian Army. He was a fighter of the YPG, one of the armed Kurdish forces in Syria. Before the war, they had a shop in Aleppo, her father was coming and going, life was nice. She remembers the last time she saw him, he brought home 30 small pomegranate trees and he planted them in the garden, she helped him watering the plants. Now she looks at some photographs of him and listens to her mother’s stories about him, but she misses him deeply.