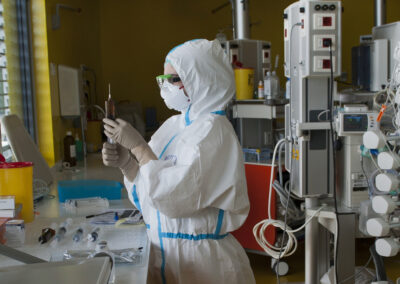 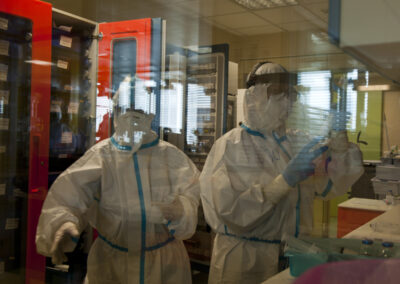 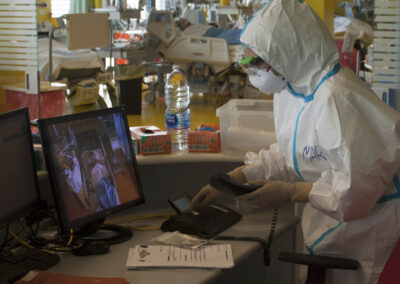 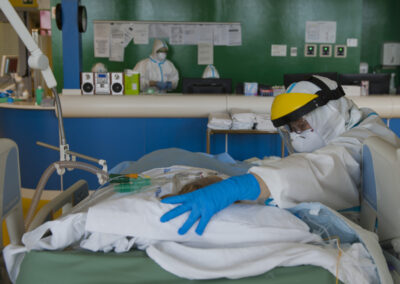 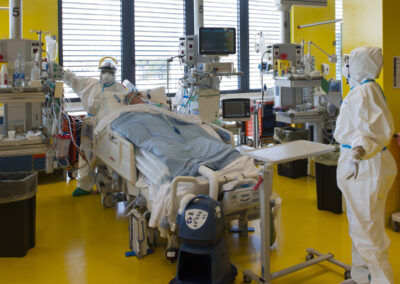 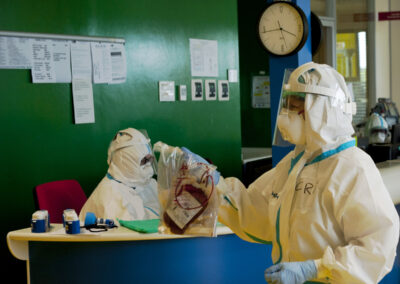 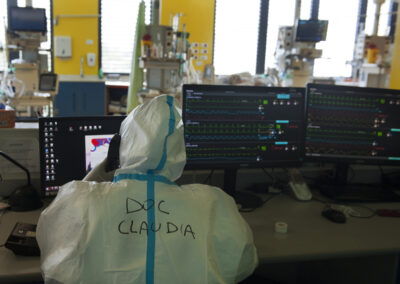 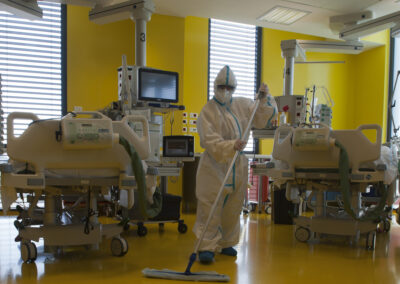 A long and difficult workshift for doctors and nurses is starting. The challenge is keeping covid-19 patients alive.

It is considered a last resort intervention to save lifes. But most will not survive, studies suggest more than two-thirds die while on ventilators. The lungs are dynamic, delivering inhaled oxygen into the blood supply in seconds. If they aren’t working, the damage is swift. A person can go from healthy to dead in fewer than six minutes. Coronavirus and the inflammation it causes is like slime, clogging up the intricate system. One of the most troubling aspects is the virus’s ability to penetrate deep within the lungs, burrowing into cells and churning out viral particles. The issue isn’t just losing those cells in the lungs that are supposed to help oxygenate the body. The problem is the lungs then become the battleground for the fight, where the human immune system takes on the foreign invader. Because Covid-19 is new to the human body, the infection can trigger a massive immune response. If you have an infection, your body tries to recruit as many immune cells as it can to fight that infection. While it is effective at destroying the cells that have the virus, it has the potential to damage the surrounding tissue as well. In Covid-19 patients, the lungs don’t move enough oxygen. This restricts the amount that makes it into the blood, where it is supposed to fuel the body, repair and replace damaged cells and support the immune system. That’s where a ventilator comes in. Ventilators can be adjusted to boost oxygen, pressure and volume, pushing the air more forcefully into the lungs. But even when a patient is severely ill, some alveoli still function well. The goal is to take the pressure off the sick regions while supporting those that are still working, making sure they have the ideal amounts of oxygen and pressure so they can enrich the blood as efficiently as possible. For years, the main focus of critical-care doctors who intubate patients has been keeping them alive, fine-tuning the treatments in an effort to improve survival rates. The machines, first introduced in 1928, were initially called iron lungs and used to help polio patients breathe. Only recently have researchers learned that the biological responses to the breathing machines that kick in almost immediately often have lasting harm. The risk of dying remains higher than average for at least a year after getting off a ventilator, a risk tied to both the number of days spent on the machine and other health conditions the patient had before falling sick. A hard to win battle race aginst many obstacles.