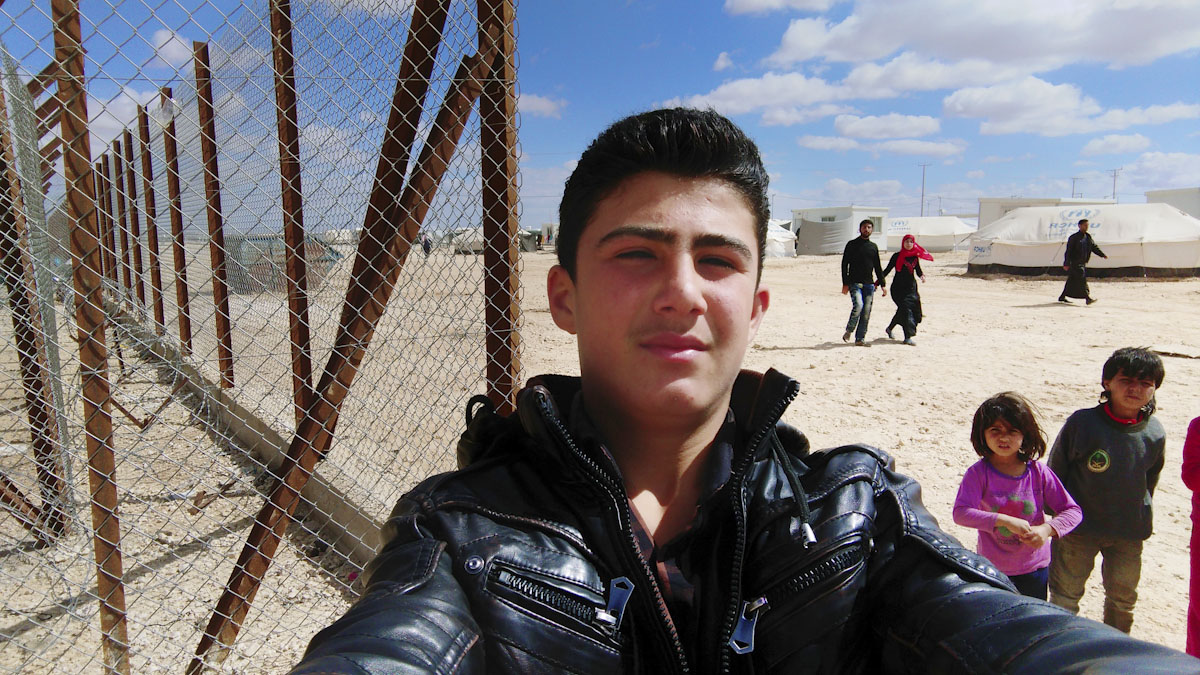 When the bombardments approched his house, he and his family moved to a nearby village. But the war followed them, so they decided to leave and come to Jordan. He left on a truck, with many other people afraid like him. He felt his life was shattered, his dreams were lost.

One of his dreams was becoming an actor, he had also attended a drama school before the war. But now in the camp, his dream was gone forever, even when one day, he managed to see from the back, the actress Angelina Jolie, ambassador to the UN, who came to visit Za’atari camp.

One day a friend in the camp, told him about a workshop he had learned about, in which participants could direct a short film based on their ideas and submit it to a competition held by The One Minutes Junior Network (The European Cultural Foundation + The One Minutes Foundation + Unicef). He made a short film titled “We walk their path” and he won the first prize. The theme of his video was very realistic, pessimistic and current, he wanted to show how the Syrian youth has no future, how they are forced to abandon school and become fighters, following the footsteps of their fathers.